Why Do Tires Blow Out? (Causes, Prevention, Safety Tips)

Welcome to my guide on tire blowouts, I will help you better understand:

Learn more in-depth about it below. 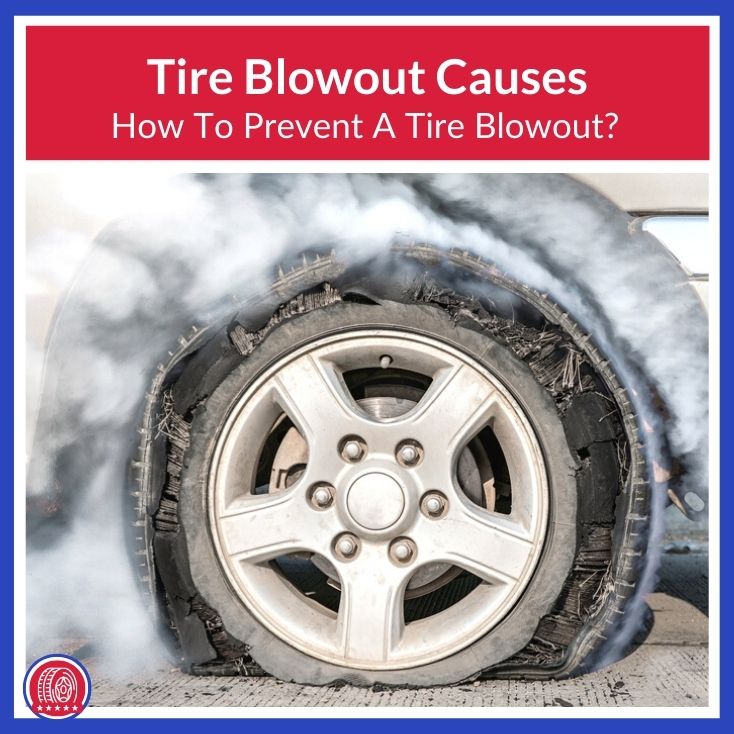 What Causes a Tire Blowout?

Short of your engine ceasing or exploding mid-journey, a tire blowout is perhaps the worst thing to happen to any motorist, especially if you’re on a long journey.

A tire blowout can be caused by one of many things, but the most common reasons your tire might suffer a blowout are:

Let’s take a closer look at each.

In all my years as a tire salesman, underinflated tires were the number one cause of the tire blowouts I saw.

Though it may not seem like a big deal, underinflated tires (that is – tires with below-recommended pressure) cause uneven wear on the tire tread and excessive flexing of the tire sidewall.

By having more of your tire touching the road whilst you’re driving, you create more friction than the tire can handle, leading the tires to overheat and eventually blowout.

Read Also: What are the dangers of overinflated tires?

Growing up, my father had a saying: “Nothing ever lasts!” While he was usually referring to the 20 year old pair of shoes he’d had long before I was born, or something “temporary” that had somehow lasted for 10 years, his saying oddly rings true for tires.

Just like my dad’s old shoes, tires similarly deteriorate over time, even if they may appear in good condition upon a cursory examination. This occurs regardless of whether you drive on them or not.

Chiefly, this is because the internal structure of the tire begins to weaken after it leaves the factory. This is why most tire manufacturers recommend you replace your tires every six years.

A common error many people make is by assuming that because their car has a large trunk, that the tires can handle the weight from filling it full of stuff. The problem here being that they often fill the trunk and then some.

What happens here is that the weight of the car often exceeds the weight the tires can handle (which is why you don’t see a semitruck with the same wheels found on a Honda Civic – shocker) and causes one – possibly two or three – things to happen.

The first is that it causes more of the tire to touch the road, increasing friction and thus heat of the tires. Depending on your vehicle’s suspension, it can also cause the tire to rub against the inner wheel arch, similarly causing more friction and ultimately a blowout.

Something I’ve only ever seen once, and something certainly on the extreme end of the spectrum is that if you overload your vehicle so much above the recommended weight limit and drive that the air pressure gets so high in the tire that they literally explode.

My friend did this a few years back when moving house, he overloaded his car two and a half times over the limit (against my advice to do otherwise) and one of his tires literally came off the wheel. Safe to say, he’s not done that since.

Driving through construction zones, over potholes and hitting curbs is never a good idea. Not only do they risk getting your car all nice and dirty (which is especially frustrating if you’ve just cleaned it!) but they also damage your tires.

Construction zones are notorious for being littered with loose stones, rusty nails and all sorts of other things that can get stuck in your tire and cause an air leak, which if left untreated, can lead to a rather nasty blowout (and the risk of a rusty nail going through your sill!)

Similarly, driving over potholes and/or hitting curbs increases the risk of developing bulges in your tires, which I like to refer to ask “ticking time bombs” for your tires – it’s not a matter of if they’ll blowout, it’s a matter of when.

Driving Above The Speed Rating

One thing that many people don’t realize about their tires is that they have a speed rating; or the maximum speed you can go on them if they’re inflated to the correct level per the manufacturer’s recommendation and within their load limits.

Your tire’s speed rating is usually represented by a letter and number on the sidewall. For example, the Michelin LTX A/T2 has an S-speed rating, meaning the fastest it can go is 112 mph (180 km/h).

By going faster than what the manufacturer recommends, you place additional stress on the tire which can ultimately cause the tire to blowout (which is why manufacturers have speed ratings, they’re not there for decoration!)

Read Also: What are the different tire speed ratings?

During my time as a tire salesman, we playfully nicknamed the period between early May and late August “blowout season” (because obviously it was the period where we saw the least amount of blowouts of course).

Heat in and of itself does not lead to blowouts, what it does do, however, is serve to exacerbate any of the causes mentioned above. For many of these causes, they can go undetected for weeks or sometimes even months, and when the sun starts shining and the roads get unbearably hot, the slow air leaks get much worse, especially if you’re on a long journey.

This in turn causes a blowout, leaving you stranded on the side of the highway, sweating like a turkey at Christmas, waiting to be recovered.

How Do You Prevent a Tire Blowout?

As my grandmother would’ve said “one ounce of prevention is worth ten pounds of cure”. Though she was misquoting an age-old saying (or perhaps she was just exaggerating, who knows?) I’d argue she is correct; especially when it comes to tire blowouts, which are both unpleasant and expensive.

Something I cannot recommend enough, checking your tires regularly will allow you to ensure your tires are in good shape. And good for you: it’s not rocket science and you don’t need to pay someone to do it for you.

Simply inspect your tires closely, you shouldn’t see any bulges, cuts or scrapes in any part of the tire – that’s a sure sign of damage and a blown out tire waiting to happen.

Likewise, the tread of the tire should still be there, will all of the grooves still visible and prominent. They should not be as flat as a pancake, or worse, showing any of the tires beads. If you see the latter especially, replace them as quickly as possible as they’re both illegal and incredibly blowout-prone (even loose gravel can cause blowouts on tires like that).

By rotating your tires every three months, you won’t just be preventing a potential tire blowout, you’ll also be extending your tire’s life; sometimes by as much as a few years.

This is because you prevent uneven wear of your tires – or at least mitigate it – which keeps the tire strong and protected against a slightly sharp stone cutting through it like a knife through butter.

For most tires, recommended pressure sits somewhere between 30 and 35 PSI, with 32 PSI typically being the “sweet spot” mostly given as general advice. Your vehicle will typically have the exact PSI in your owner’s manual. Many tires also have the recommended PSI on the sidewall as well.

What Do You Do If Your Tire Blows Out While Driving?

If your tire does blowout whilst you’re driving, or you think it does, the first piece of advice anybody can give you is: Stay calm. I know it’s scary, I know it sounds like your vehicle just morphed into a tank and fired a shot, but do not panic. It makes it a million times worse.

Once you’ve gotten calm you should:

Once you’ve pulled up safely, change the blown out tire for the spare tire if possible (and safe to do so – after all, getting hit by John from North Carolina speeding down I-96 probably doesn’t sound like much of a vacation does it?)

If you can’t change the tire, or it’s not safe to do so, call roadside assistance to pick you up.

Read Also: How can “run flat” tires save you from blow outs?

How Common Are Tire Blowouts?

Believe it or not, tire blowouts aren’t really that common. And no, they don’t just explode randomly. Tires that do blowout are often damaged and show signs of it long before they blowout meaning that if you practice proper tire maintenance, you should be able to catch it before it becomes a problem.

Remember that if you do get a tire blowout, don’t panic and certainly don’t use your brake. But most importantly, remember to look after yourself; crashes resulting from tire blowouts are one of the leading causes of car fatalities each year according to the NHTSA.

Before you rush off to prevent your tires from blowing out, check out the tire reviews on our site. I’m sure you’ll find a set of tires you’ll fall in love with. Happy tire buying! 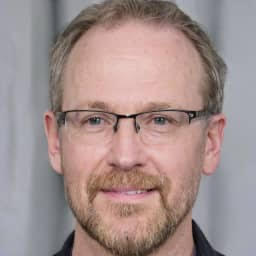 A third generation tire salesman, Alexander Monteverde has been surrounded by tires his whole life. When he’s not looking up the specs of the latest tire models or writing his latest article, he can be found playing with his dog Gizmo or on long bike rides.
Read More From This Expert
Related Tire Guides 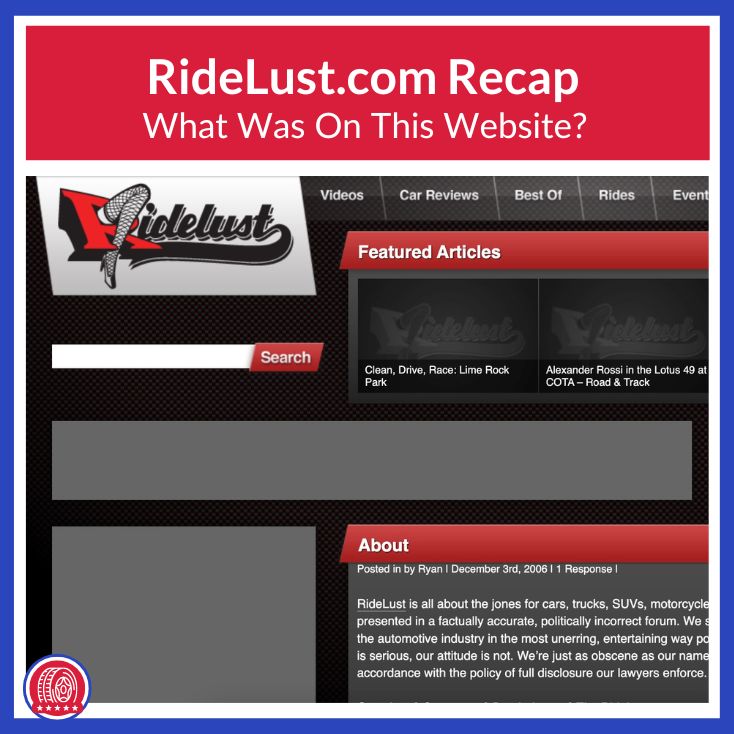 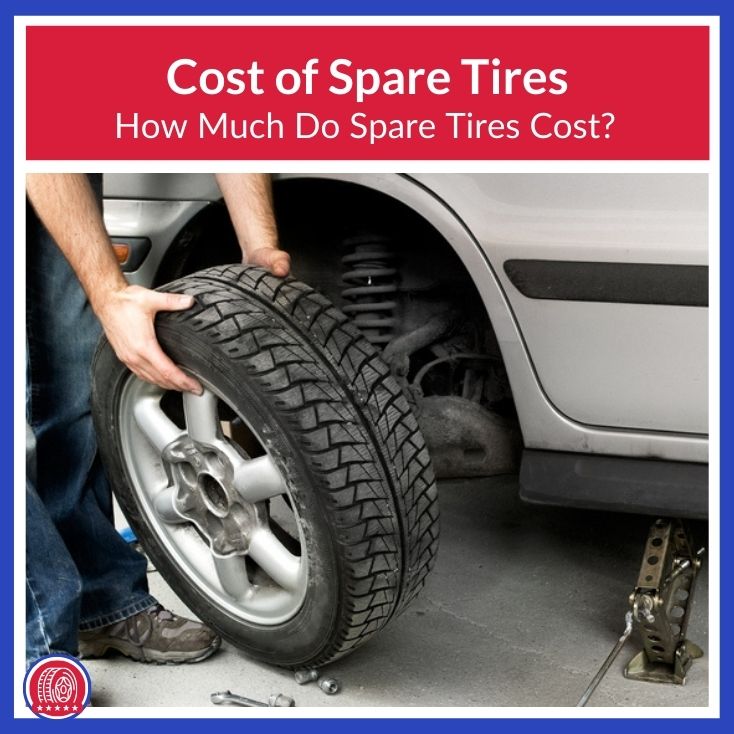 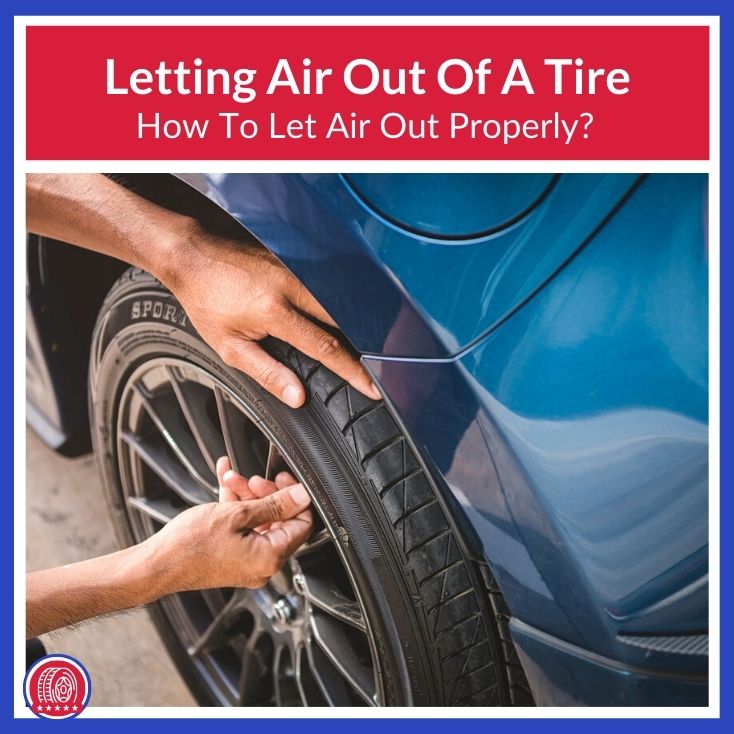 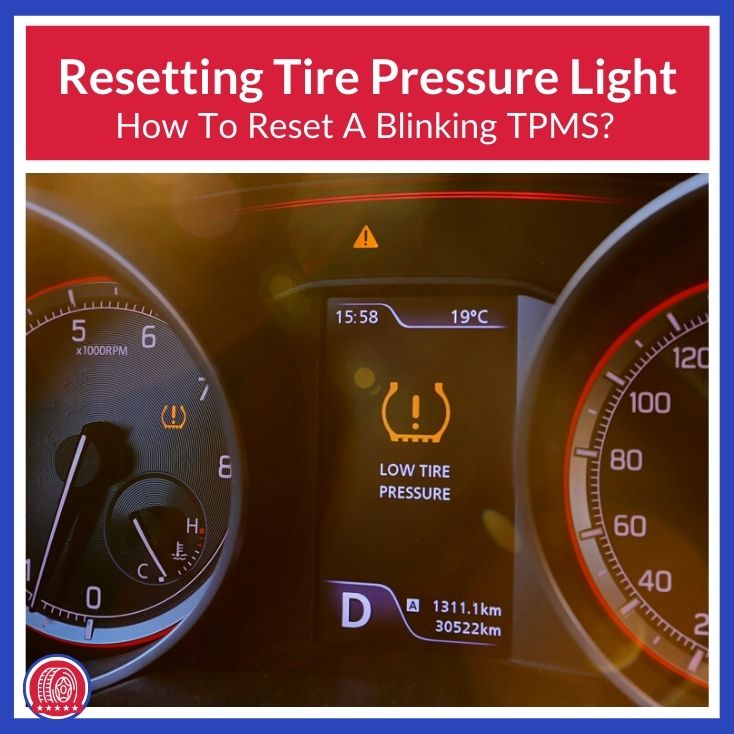 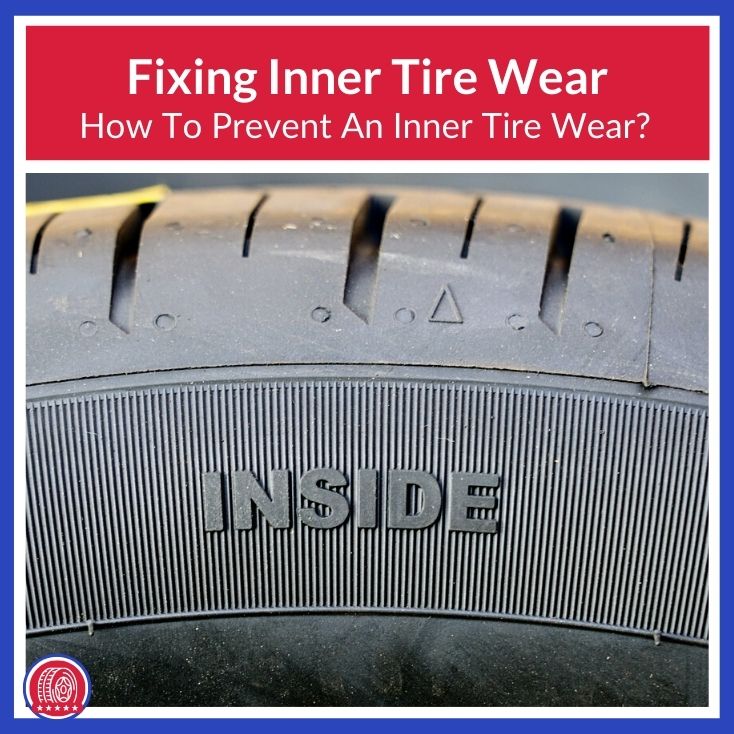 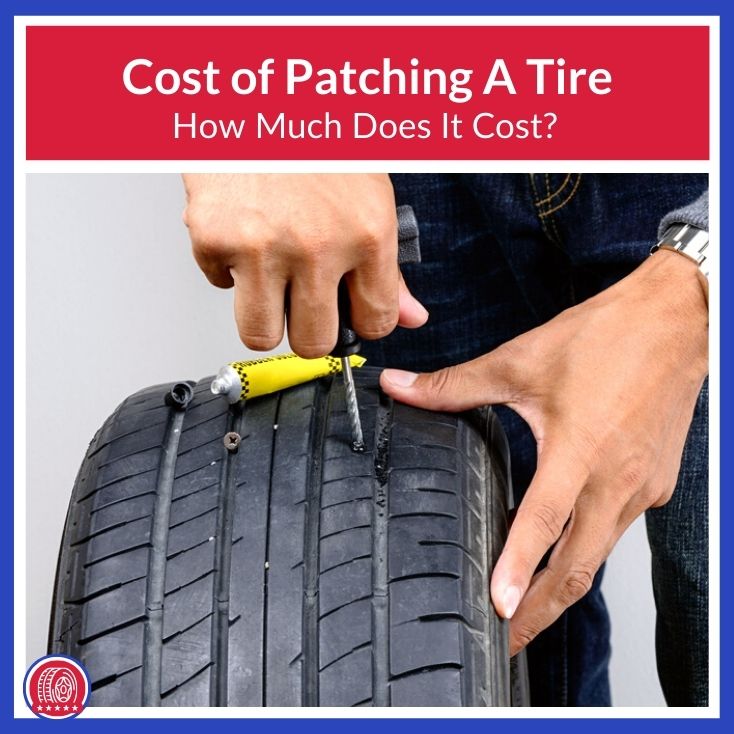 A third generation tire salesman, Alexander Monteverde has been surrounded by tires his whole life. When he’s not looking up the specs of the latest tire models or writing his latest article, he can be found playing with his dog Gizmo or on long bike rides. 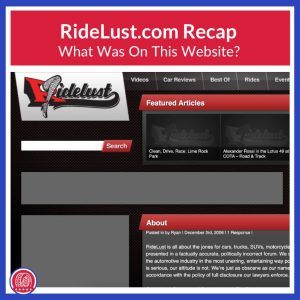 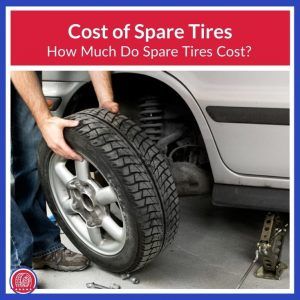 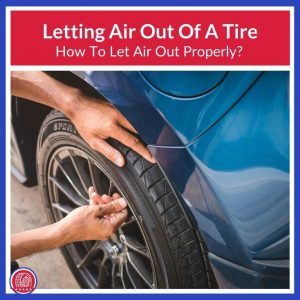 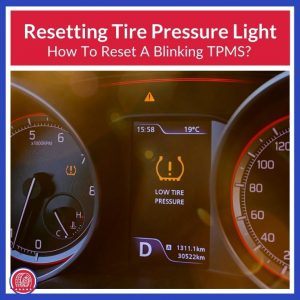 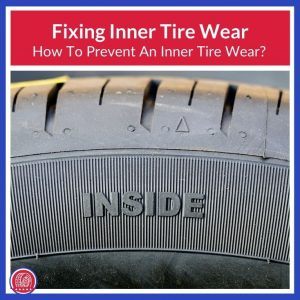